Who Really Benefits from Acts of Kindness 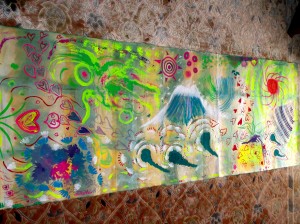 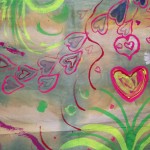 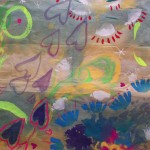 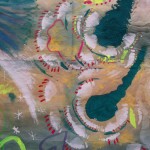 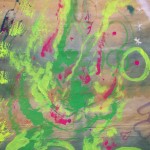 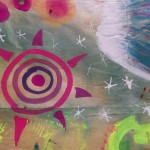 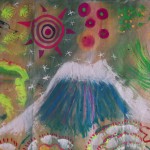 We had quite a crowd in Okachimachi–more than a dozen artists, musicians and a few kids too. Gathered around two tables laid out with big rectangles of washi paper, the painting was done while Montana played ambient kalimba music in the background with his wife Hiroko translating and playing shakers.

I feel emotional as I seek words to describe what happened next.

Montana comes into his power as an improvisational musician. So here’s this improvisational musician with a room full of intuitive artists. With a purpose. We had gathered to create two mural-size collaborative paintings with shared intention: to bring cheer and send love to townspeople who lived seven hours from Tokyo in an area of Tohoku that none of us had visited but had become painfully accustomed to seeing on the news in the long weeks and months following the March 11th earthquake tsunami that took place two years ago.

And then we forgot about them. The media forgot and so did we.

You can rationalize doing this kind of creative outreach as an act of charity but it became so clear to me that these faceless, nameless residents of a remote part of Tohoku were giving us all an incredibly special chance to meet and create in partnership. We stopped our busy lives to gather on a Sunday. And as we were doing this very focused, Tohoku-inspired art collaboration we were connecting deep inside ourselves to the source of common dreams. We all want a good life, peace, health, friendship, a feeling fo safety and abundance. Life becomes so much more meaningful when you admit to yourself that every act of giving is an act of receiving. We are genetically programmed to repeat this cycle of give and take in every aspect of our lives.

An opportunity to make art as a gift — a work that you intend to give away — becomes a beautiful chance to receive many gifts. In a room full of people, there’s the gift of friendship, the gift of breaking through to communicate even when you’re normally shy and wouldn’t know how to start a conversation with so many people. There’s the gift of opening your heart to let the art pour out. You think you’re doing it for someone else, but the art that’s coming from your open heart is creative self-nourishment, the sweetest there is.